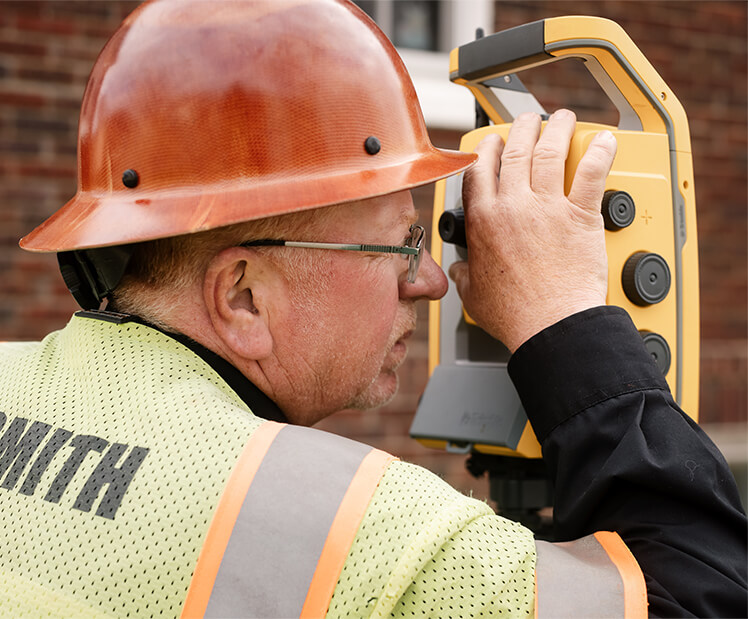 In 1975 Larry and Lucile Smith founded a company in Rutherford, Tennessee offering surveying services to the surrounding areas. L.I. Smith & Associates, a professional company, was born and up-and-coming. With their company beginning to grow, Larry and Lucile relocated the office to Paris, TN and started exploring other services to offer, such as construction layout and engineering services. Coverage areas also grew with the company and Kentucky, Arkansas, and Mississippi were added to the list where LIS offered their services. Fast forward to 1996 and Lucile Smith, now the President of the company, turned their professional company into a corporation. L. I. Smith & Associates, Inc. was born and the company continued to grow. During this time, Lucile became the first woman in the state of Tennessee to become a licensed surveyor by passing the state-specific examinations. An office was established in Nashville, TN to accommodate the growing business. At the end of 2017 Lucile fully retired and Larry partly retired, sticking around to be Vice President of LIS. Patrick Smith, Larry and Lucile’s son, took over the company as President, carrying on the surveying tradition while bringing in a renewed focus on engineering services. With a fresh perspective, LIS embraced new technologies developed within the engineering and surveying world. Drone mapping, aerial mapping, and laser scanning are just a few of the new services adopted by LIS. LIS proudly employees professional engineers and surveyors, staffs a team of valuable personnel, and offers our clients the latest technologies.

Larry Smith is the founder and Executive Vice President of LIS. Smith holds more than 45 years of industry experience, having started the company and earning his first professional licensure in 1975. He is a well-established civil engineer and land surveyor, obtaining Registered Land Surveyor licensures in seven states and Professional Engineer licensures in six states. He holds a Bachelor of Science degree in Civil Engineering from Tennessee Technological University. Smith is a veteran of the US Air Force, during which he traveled all over the world to locations such as Guam, Thailand, and Vietnam. He is 20 year veteran of the Tennessee State Guard. At the time of his retirement in 2022, Smith served as the Regimental Commander for the First Tennessee Regiment located in Henderson, Tenn.

Chris Conrad is the Vice President of LIS and acts as head of our Nashville office. Conrad is an 18 year veteran of the company, having worked his way through the ranks from boundary crew chief to general manager before assuming his current role as vice president. He is an experienced leader in the surveying industry, bringing more than 29 years of experience to the role. Conrad is a Registered Professional Surveyor in the state of Tennessee and has extensive experience in boundary and ALTA/NSPS surveys, as well as construction staking.

As Marketing Coordinator, Ashley Horn heads all of LIS’ marketing and advertising efforts. Horn is responsible for managing the company’s overall marketing strategy, social media presence, brand development, and day-to-day marketing duties. Working from behind the scenes, she implements our community outreach, staff relations, and business development strategies. Horn holds a Master of Arts degree in Strategic Communication from the University of Tennessee at Martin. She is an experienced marketer with a background in communications with an emphasis in higher education and nonprofit fields. Horn is a member of the American Advertising Federation (AAF), Society for Marketing Professional Services (SMPS), and serves as a board member for the Paris-Henry County Arts Council.

LIS is proud to support our veterans. We understand the importance of leadership, personal devotion, and the sacrifices made by our military personnel and the value they bring to our team.