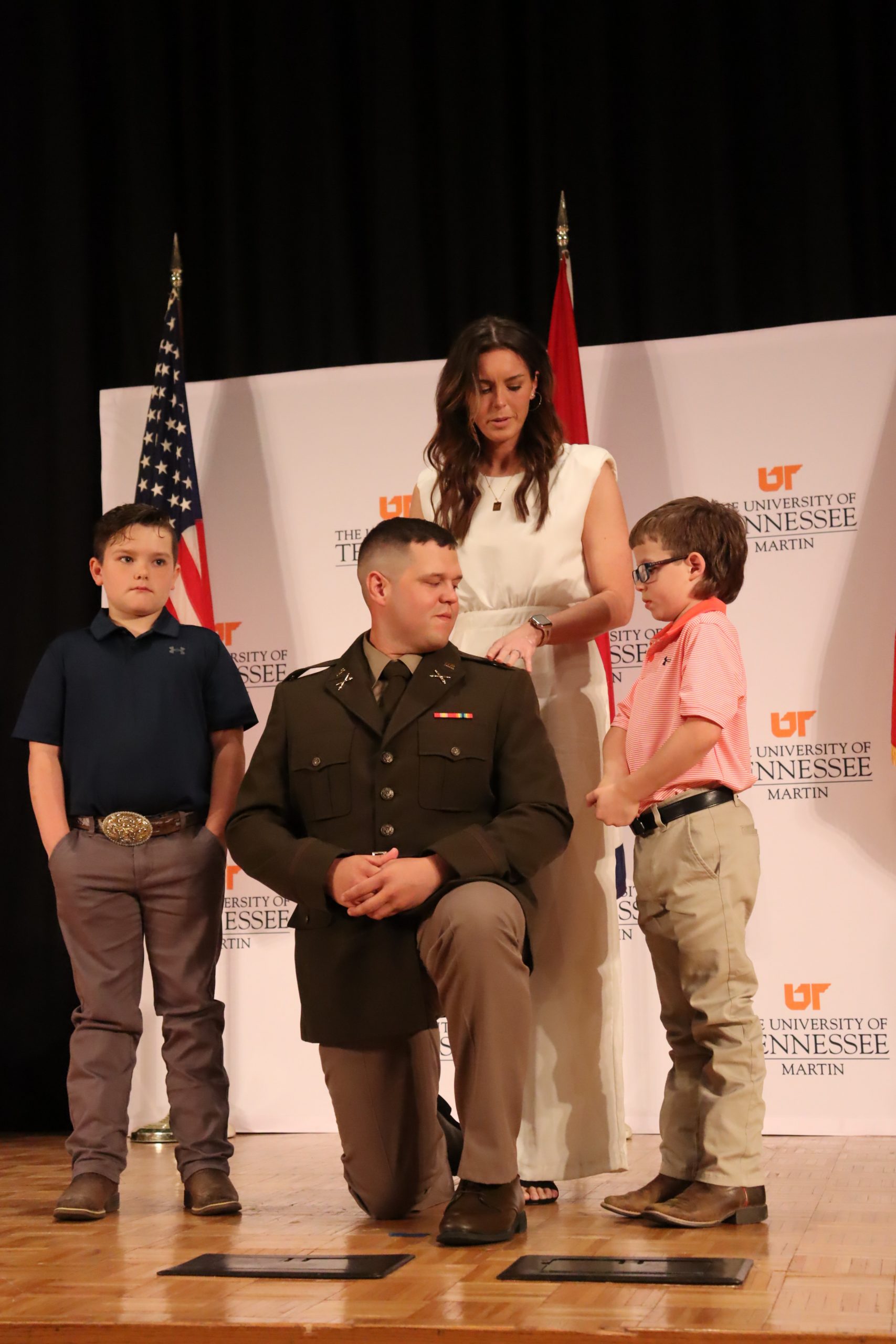 The ceremony took place on May 6, 2022, at the University of Tennessee at Martin (UTM) in Watkins Auditorium. Maxwell’s sons, Jack and Easton, were both in attendance and had the opportunity to pin Maxwell’s 2nd Lieutenant bars on his uniform.

Jan Bass, the Skyhawks Battalion Recruiting Operations Officer for UTM, stated, “AJ is a great soldier and family man. He will make an amazing leader as a Tennessee National Guard 2LT.”

In May of 2022, Maxwell received a bachelor’s degree from the University of Tennessee at Martin in Agriculture Engineering and Technology with a concentration in Land Surveying and Geomatics and a minor in Military Science. Upon graduation, Austin became a Field Artillery Officer for the Tennessee Army National Guard, having previously held the position of Combat Engineer before contracting into the Reserve Officer’s Training Corps (ROTC) program at UT Martin in the fall of 2019.

Leadership opportunities and professional growth both played a key role in Maxwell’s decision to become an officer. He stated, “As an officer, you are responsible for the lives of American sons and daughters. I knew I could be that leader that soldiers trusted and counted on.” In his new role, he will now be responsible for equipment, people, and planning.

In January of 2023, Maxwell will begin a Basic Officers Leader Course (BOLC) in Fort Sill, Okla. The training is geared towards Maxwell’s area of emphasis, Field Artillery. The training will span five months, ending in late May.

Maxwell has been working with L.I. Smith & Associates (LIS) for six years, currently in the role of a Survey Technician. While Austin was working at LIS and in the National Guard, he was a full-time college student as well. When talking about the ROTC program, Maxwell said, “The program at UTM is great and I would recommend it to anyone interested in ROTC.”

UT Martin’s ROTC is a four-year leadership development program that prepares college students to succeed in any competitive setting. The program is geared toward students whose career goals require leadership and managerial skills.