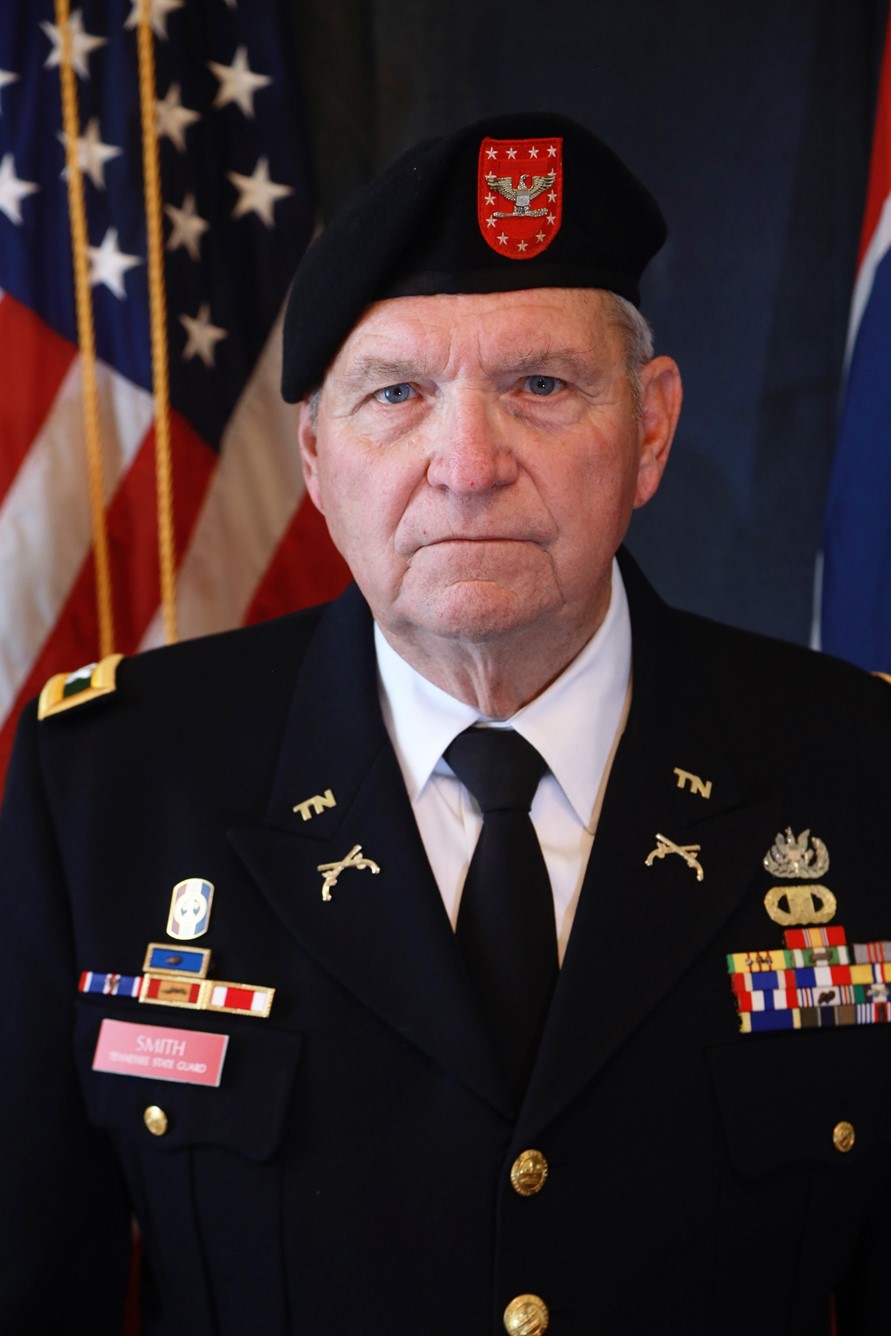 24-year veteran, Larry Smith, has announced his retirement from the Tennessee State Guard, effective January 31, 2022. At the time of his retirement, Smith served as the Regimental Commander for the First Tennessee Regiment located in Henderson, Tenn. He held this position for the last three years.

“I would never have realized that my time in the State Guard would have had such a rewarding and fulfilling experience in my life,” Smith said. “Obtaining the grade of Colonel and becoming a Regimental Commander has been a reward for me that is hard to put in words. The overall experience definitely fulfilled the greatest aspiration of my life.”

During his extensive military career, Smith paved the way for the implementation of numerous initiatives that benefited both his fellow guardsmen and the community.

In wake of the flood that devastated Waverly and Humphreys County in August of 2021, Smith served as the Ground Commander for the First Tennessee Regiment as they were deployed to assist victims in the flood’s aftermath. Smith assumed responsibility for the overall supervision of the state guard soldiers on the ground in Humphreys County.

Another such initiative was the development of the Military Funeral Honor Detail for the First Tennessee Regiment. This detail has the duty of performing “Taps” and presenting the American flag to the deceased’s nearest relative. Due to a lack of training, there was a shortage of soldiers helping with the detail. Smith, along with a local Corporal, begin training with the National Guard to fill this void. The program evolved over time and as of the end of 2021, there were 18 soldiers qualified with 40 hours of training and current uniforms, all of whom assist with upwards of 30 funerals per month.

In 2005 Smith, then a Lieutenant, assisted with the refugees in the wake of Hurricane Katrina at the Milan National Guard Training Center.

Smith’s son and current president of L.I. Smith & Associates (LIS), Patrick Smith stated, “We are extremely proud of the service and leadership that Larry has given to the Tennessee State Guard. Through his leadership at LIS, we have promoted the hiring of veterans and active service members in all phases of the company.”

Larry Smith is the founder and Vice President of L.I. Smith & Associates, a civil engineering and surveying company headquartered in Paris, Tenn. He holds more than 45 years of industry experience, having started the company and earning his first professional licensure in 1975. He is a well-established civil engineer and land surveyor, holding Registered Land Surveyor licensures in seven states and Professional Engineer licensures in six states. Smith credits his immense career in the engineering and surveying industries as a key component to his military success.