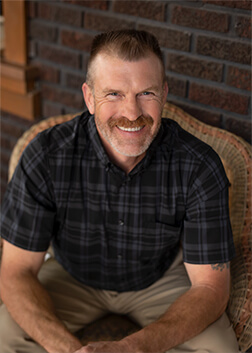 Former survey technician, Mike Ilko, has been promoted to the new position of survey coordinator at L.I. Smith & Associates (LIS). Ilko, who is First Sergeant for the 212 Engineer Company located in Paris and Camden, has a proven track record for exceptional work ethic and attention to detail.

“The survey coordinator is a demanding position, but Mike’s military experience makes him the ideal person to take on this position. His organization skills and leadership abilities are exactly what LIS needs,” stated LIS President Patrick Smith.

For nearly 10 years, Ilko has been a crucial member of the LIS team, having worked his way through the ranks from rodman to party chief before assuming his current role as survey coordinator.

Ilko commented, “My time in the field and the knowledge gained from other surveyors has familiarized me with all the latest survey equipment we are using now and also allows me to assist the other technicians with issues that arise.”

In his new position, Ilko is responsible for scheduling field crews from both office locations while also acting as a liaison with project managers. In addition, he will oversee all company vehicles, survey equipment, and materials needed to complete projects and meet deadlines.

“Working at LIS I have enjoyed learning and performing all the different aspects of the trade, including boundary, construction, road work, topographical, geospatial, and photographic. It’s all surveying but never is a single day the same as any other,” Ilko remarked.

Ilko is a licensed Unmanned Aircraft Systems (UAS) pilot. In addition, he belongs to the Henry County High Band Boosters, in which he supports and assists the HCHS band during competitions.